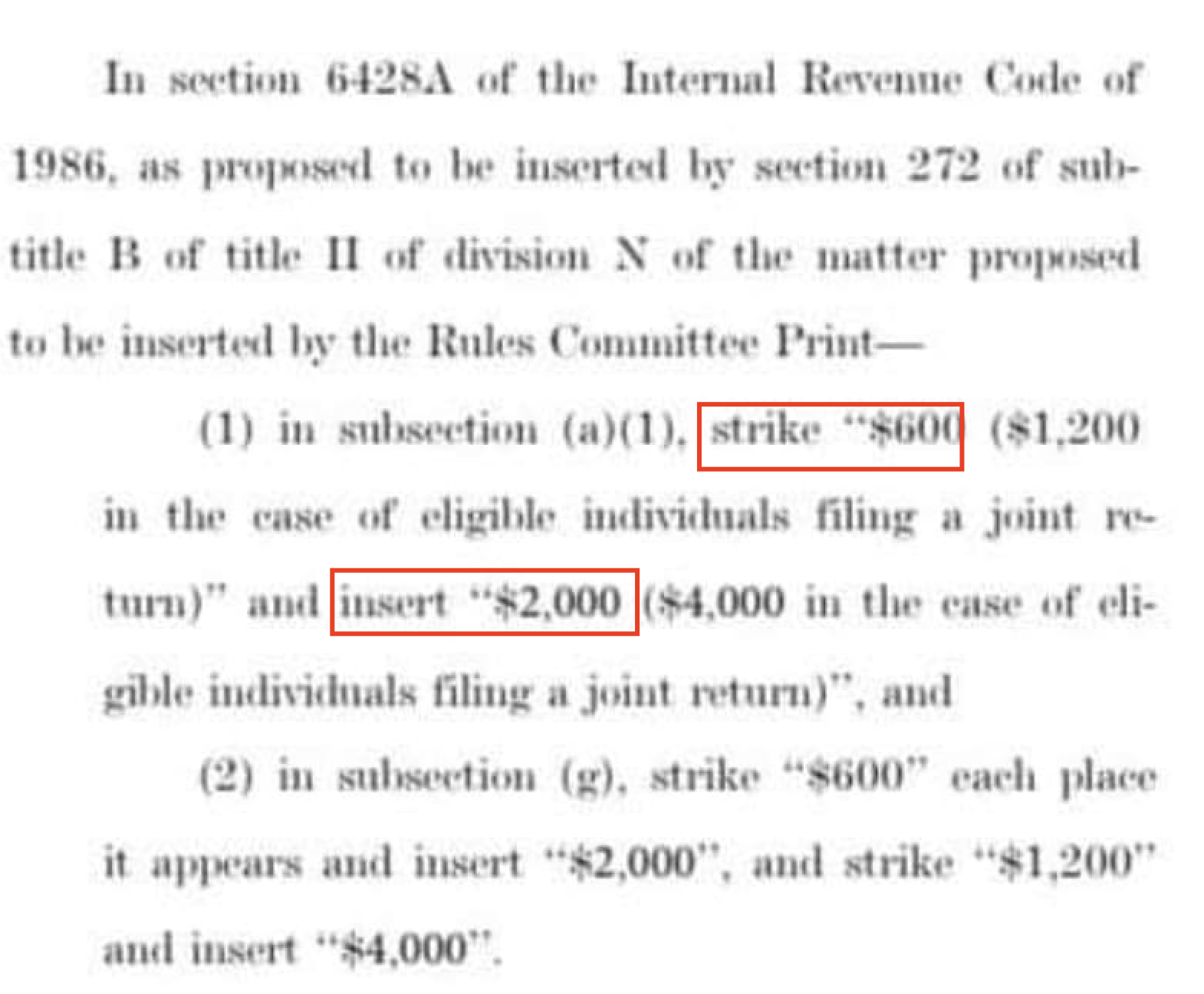 We don’t like addressing politics, because our users inevitably fall on different sides of arguments. At the end of the day, we care about you. We have always brought people together on the idea that boosting a bank account with a tax refund is important to you and to some of us too. In the same fashion, boosting your bank account with a stimulus check means too much to some people at this time of a devastating pandemic. Alas, we speak out on politics. We speak out on what happened last night when Trump dropped a bomb into the progress that was happening to get $money into pockets of millions of people struggling. We standby our rant that Trump seemed like the Grinch who stole Christmas last night. Because we think he is doing this for optics, not doing it for you. Here is what we think and why we still think he is a Grinch. You might not agree, but we hope you have the time to hear us out. We also talk about what happens now… keep reading.

It’s not just $600. This might seem like small potatoes to some people. But it wasn’t just that amount for some, it was that times 2, 3, 4 or more. Don’t like that amount? Wanted more? So did a lot of people. But there are a myriad of reasons that the bill ended up that way. It’s also millions of people that will lose their unemployment this week. No one party or person is at fault. But there is definitely at least millions of people who will be hurt by it.

Maybe you are ok with that, we aren’t.

Be mad at Trump, Pelosi, the whole process, the fish in the gulf, whoever you choose… But we suggest you be mad that people will struggle because of the bomb dropped over the money that was possibly coming in just a weeks time. And mad that more bombs are coming.

No matter which way the bombshell from Trump last night bothered you or who made you mad about the address that is holding up money, $600 is better than none and none might just be what we end up with until the end of January.

At the end of the day American people lose out some way or another. All of the politicians bank accounts probably aren’t taking a hit over this.

$600, $1200, $1800 and more could have kept someone or an entire family from being evicted, having there utilities disconnected, losing their car…or even more devastating — feeding their family.

That should make people mad.

Mad at who or what? Does it matter? People are struggling because the government and legislative process is failing to help when a lot of the struggles are outside of their control.

Mad because there was a ton of other shit you didn’t like in the bill? Thinking that the other ridiculous shit tucked away in the 5000+ pages kept the bill from giving out more in stimulus checks? That’s not how legislating works.

Trump threatened to veto the bill that was not just for COVID relief, including extension of Unemployment Benefits and $600+ direct stimulus payment, but also for a huge spending package that would keep the government funded until Sept. That shit would have happened anyway, even without stimulus payments.

That ridiculous list of shit we heard about last night is a result of many factors; and, with or without the stimulus checks, shit like that happens all the time. Screaming about it now, doesn’t help people in the short term, when they are struggling.

There are so many ways this can go. Trump’s recorded video last night can push this issue along in different ways. We feel it is important to speak about it.

It is all optics. It’s not about you.

If it becomes a pocket veto and passes anyway after 10 days, Trump looks like the “good guy” that tried to get more money for people. But really he just delayed the process. And, delayed it by more than 10 days because everybody is trying to go home from Washington.

Chances of getting money in your bank account in the next week have now been reduced. Significantly.

That sucks. Maybe not for you, but maybe for someone you know or someone who is in a worse position than you. That matters. It matters to us, because we care about that person who desperately needed some extra bucks right now. It is some of us! Not for some of us, but for someone we love.

Here are some of the things that could happen now.

If Trump throws another bomb and actually vetos the bill that was passed by Congress, Congress has 2/3 of the vote and can tell him to fuck off and revote. Then, the bill moves forward and money will flow. But not without a delay.

We have to wait for that revote to happen = delay. Republicans could be scared of Trumps “cancel” power and bend to his will fearing he will call them out on social media jeopardizing their reelection. So they might not go for the 2/3 rule and back out even though they just signed the bill. The bill doesn’t move forward and money still might flow later, another way, but not without a delay.

If Congress decides not to use 2/3 of the vote power to tell him to fuck off, it dies and nothing will happen until next year. Probably not even until after Biden is inaugurated. And because a new Congress will be sworn in, the negotiation process has to start all over. Delay, delay, delay.

If Democrats flip the 2 Georgia Senate seats and Dems then control the Senate after the Jan 5 runoff… Dems will want to do more anyway, because they wanted to in the first place. Trump will still look like the good guy responsible for more money. But really, it’s just a delay. Because you might not get more money anyway, and they could pass the bill as is, just later.

Dems wanted more in the first place, but negotiated the lower amount because R’s refused more. In fact, some R’s wouldn’t budge on the $600 unless some of that bullshit in the spending bill was included. Again the D’s had wanted at least something for the American People, so they negotiated and let some of that shit fly,

Trump had every opportunity to step into the negotiations before the shit was even passed by Congress and push for more, but he didn’t because either this was part of his play from the gate or he was too wrapped up in contesting the election. He is a conman, so I think it was the former not the latter.

In the end, does it really affect you if they are counting the fish in the Gulf?

I have half the mind to do a contest to give at least 1 lucky person $600 anyway, because we at least care but can’t afford more. In the meantime, we wait. We watch. It’s delayed. And, we wish you a great holiday if you are celebrating this week.