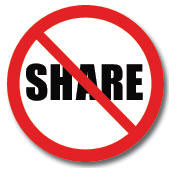 Was the Child Tax Credit or Earned Income Tax Credit eliminated by Congress?

Sharing is Not Caring The story that is being circulated in social space, and unfortunately that which many people have believed, is from a satirical news source. It may appear “real” to some, but this is a fake new website that fabricates stories for entertainment purposes.  It seems more that the intent of the site is to push peoples buttons rather than make them laugh.  Sad, because it is often mistaken for real news.

Ha! Not so funny for us IGMRers, eh? Rest assured, these tax credits were not eliminated and it is a bunch of BS. Check back here as we get closer to tax season for updated tax refund fun.

Don’t be fooled by yet by yet another satirical article.

Learn to recognize satirical website and fake posts BEFORE you share them:  Don’t Be Fooled!  A Guide to Fake News Websites

Other satirical or “fake newsies” to be aware of include: