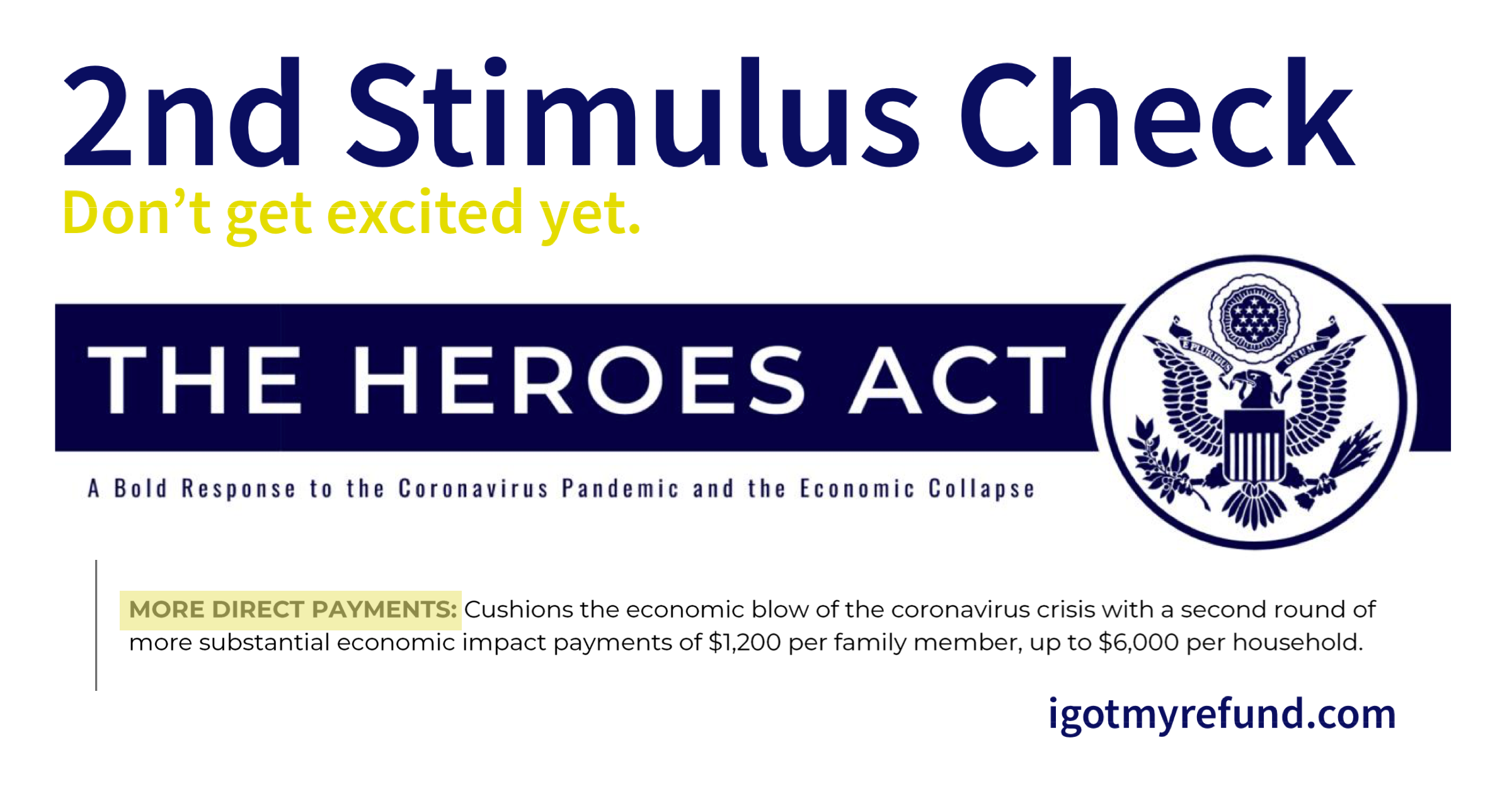 The buzz has started about another stimulus check. But don’t be confused by headlines! Another round of stimulus checks are NOT around the corner just yet. The Heroes Act bill that passed yesterday in the House included more direct payments to individuals for up to $6,000 per family. Here is the fact sheet about the Heroes Act. However, the bill will be dead on arrival to the Senate. Good old fighting between the Democrats and Republicans is underway about more spending and the White House has said Trump is in “no rush” to pass another bill. Although many people are still in financial turmoil because of COVID-19 and another stimulus check would be great, they just aren’t close to an agreement.

Negotiations about another stimulus check aren’t expected to start until later this month at the earliest.

The Heroes Act calls for more direct payment to cushion the blow of the coronavirus crisis. Speaker Pelosi said a second round of stimulus checks is “putting much-needed money in the pockets of the American people.” You can watch her speak about the legislation here. But the Republicans push back against the bill will likely result in work with President Trump to put together their own stimulus package. There are other broad long-term approaches being pushed amongst others in Washington. For example, there is a proposal to give many American $2,000 per month for at least six months to help families through the crisis.  Another similar plan proposed $1,000 a month to families with children.

While the future of a second stimulus check remains undecided, we will stay tuned in and sound the alarm when they get closer to an agreement. In the meantime, you can join the live discussion on our home page to see what others are saying.