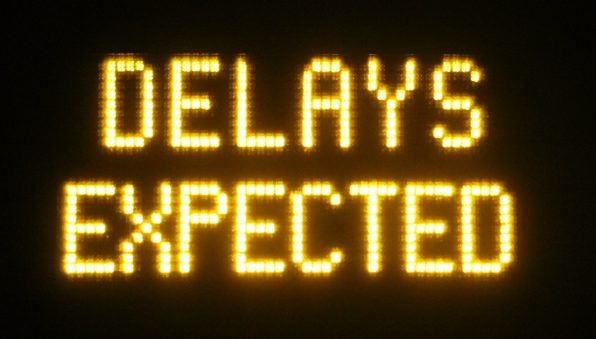 Ready and waiting for that tax refund? Of course you are! Don’t get excited yet, some tax refunds delayed in 2017.

Unfortunately, some taxpayers are going to have to wait a little while longer for their tax refunds in 2017. Tax refunds delayed in 2017 might be a shock to those who expect earlier refunds.  If you use the tax refund schedule, slow your roll.  A new fraud protection policy kicks into effect due to a provision in the Protecting Americans from Tax Hikes (PATH) Act of 2015. The IRS is going to delay refunds that involve the Earned Income Tax Credit and Additional Child Tax Credit until February 15th.

EITC and ACTC are the most commonly exploited credits in tax refund theft scams.

The tax refunds of tens of millions of taxpayers are expected to be affected by PATH’s fraud protection provision. In 2015, nearly 30 million taxpayers were recipients of EITC credits to the tune of some $66 billion. In our article about the PATH Act, you can read more about the tax refunds delayed.

Tax refund fraud is surging as criminal organizations around the world seek to defraud the government. It is an attractive venture, as it is fairly low risk compared to other criminal activities. Criminals can commit their crimes from the comfort of their own couches and in some cases, even their jail cells.

In one particular case in PA, Reginald Harris conducted tax fraid from his jail cell and even went so far as to teach other inmates and con artists how to pull off his scam. The most common scam Harris ran involved file a return with false income of less than $1800 with a dependent. The low income meant the nonexistent employer would not have to file a W-2, thus allowing the fraudulent returns to pass unnoticed. Accomplices on the outside would provide him with names and Social Security numbers.

That places a burden on the government to not only stay ahead of the criminal element, but work to prevent repeat offenses. One such measure included the IRS launching a web tool where taxpayers could acquire a six digit pin to include with their return when efiling to show the agency that it was a legitimate return. The tool was shutdown after it was discovered that cybercriminals had compromised it and were using it to file new fraudulent claims.

The good news is that the IRS has caught up to and is gaining ground against would-be tax refund thieves. Five years ago, the IRS was drastically behind. In the 2016 filing season, the IRS with the help of third party partner Security Summit, stopped upwards of 171,000 fraudulent claims valued at nearly $1.1 billion.

Have you been a victim of identity or tax refund theft? Tell us about your experience in the comments!