Jump on the DogeCoin ship to the moon with Voyager. $25 Bitcoin free with $100 trade with code 052D9B.
Buy DogeCoin 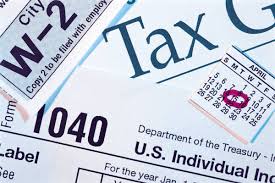 And when does the season begin?  It is currently Tax Year 2012.  Tax Year 2012 began on January 1, 2013 and you will file for year 2012.  Rumor has it that IRS will not issue a refund cycle chart… hmmnn, maybe because of the debacle last year?  What about the fiscal cliff?  Will that and unfinished legislation delay our early filers?  Stay tuned here.  Most tax online tax services will allow you to begin entering your information early.  For example, TurboTax is  allowing you to enter information as early as December 3rd.  But does that mean its filed?  NOPE.  Returns cannot be electronically submitted until the IRS begins “accepting” them.  When is that?  Usually mid January.  But the IRS hasn’t announced a date yet for 2013. Keep us posted at igotmyrefund.com with all the news.

If you are still waiting on your refund a Tax Advocate could help.   More Info on Tax Advocates