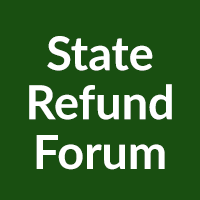 If you are still waiting on your refund a Tax Advocate could help.   More Info on Tax Advocates