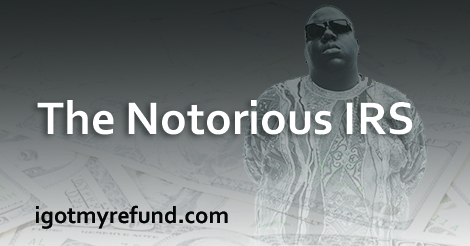 The IRS has a mo’ money mo’ problems problem. Or maybe it’s a NO money ‘mo problems problem. Which one is it? Let’s be real, we are all slightly traumatized tax nuts. But tax law changes and the economy leave the IRS holding the bag. It might be a surprise, but I’m not going to butcher the IRS in this post.

Are You a Tax Refund Realist?

Let’s be real…21 days for a tax refund isn’t really that long. Even a week or so longer isn’t too long. Is it realistic for us to be patient? Yes, probably. I think so.

We Are All Slightly Traumatized Tax Nuts

Every year it’s something new. Some refunds get delayed. But it’s not a lot in comparison to the number of returns filed each year. Despite this reality, when those of us are expecting money and we know there have been problems in the past, it makes a lot of people slightly neurotic about tax refunds. Let’s look at this some more…

Taxpayers and the IRS have a mo’ money AND a no money ‘mo problems problem. Now that was a mouthful. We know a lot of the holdups are because of fraud, but we also know a lot of large refunds are legitimate. It all boils down to needing more. More people claiming refundable credits. More people wanting their tax refunds asap. More people filing early. More fraud. The IRS has their plate pretty full and they need more resources to get the job done

In an economy where there has been slow growth and slow growth in workers wages, refundable tax credits are higher. This happens because people who fall below certain income limits claim higher amounts of refundable credits like the Earned Income Tax Credit (EITC). And because this credit is so large, it has been exploited with fraud. The IRS is pressured to place more scrutiny on these tax returns.

When laws change, they are charged with implementing and administering the law. In 2016 it was the healthcare mandate penalty, in 2017 the Path Act EITC and ACTC refund delay. It’s always something. But they need to change systems, policies, hire and train staff to make shit happen. Are they getting enough lead time and resources to do this? Let us know what you think in the comments below.